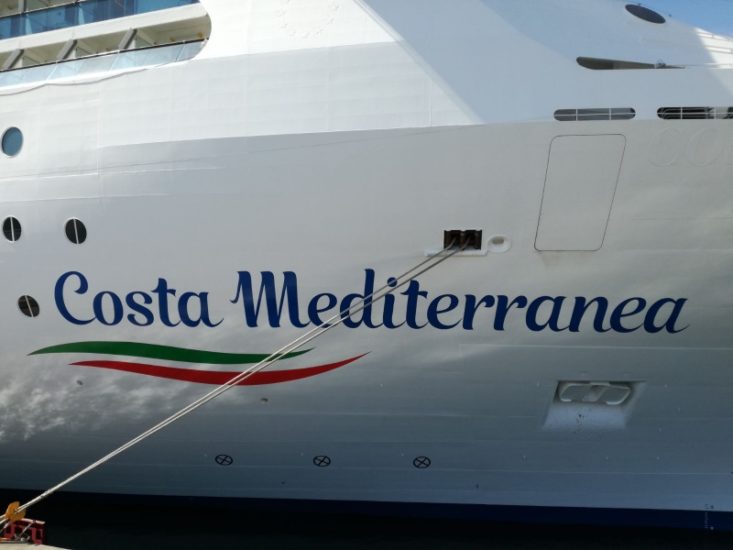 A NEW LIVERY FOR THE SHIPS IN THE COSTA CRUISES FLEET

In its 70th anniversary year, the ships in the Costa Cruises fleet will feature a new livery that pays tribute to Italy, the company’s homeland since its foundation.

A stylized Italian flag, as well as the name of the ship, will be painted on the bow in a specially designed new font in larger lettering than previously.

The first ship to display the new livery is Costa Mediterranean. The logo was painted during a short cruise in the Mediterranean: on Thursday 5 April, during a port call at Marseille, the left side of the bow was painted, and the day after in Savona, it was the turn of the right side.

By the end of the year the rest of the Costa fleet currently in service will also be painted. The project also covers the new ships under construction, including Costa Venezia and Costa Smeralda, scheduled to be delivered in March 2019 and October 2019 respectively. So the Italian flag will wave at the bow of Costa ships, as well as at the stern, taking “Italy’s finest” to around 250 destinations across the globe.