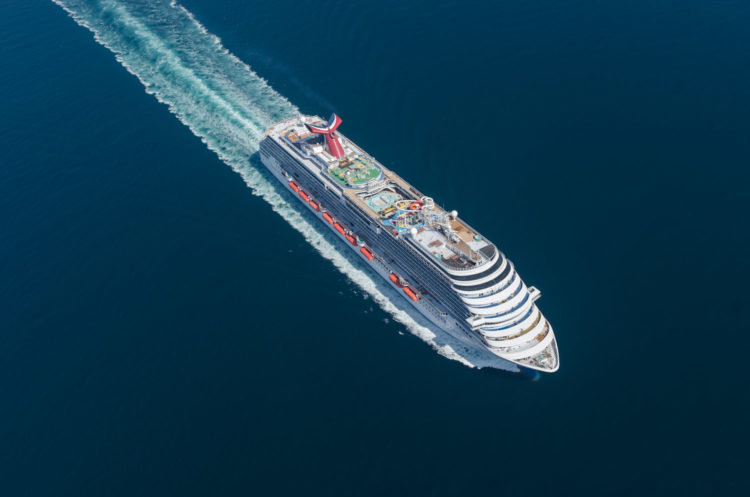 Carnival Cruise Line has announced the names of the four craft beers that will be brewed aboard the new Carnival Horizon which is set to debut in Europe April 2, 2018.

The refreshing new brews were developed by Carnival’s expert brewmaster Colin Presby and will be offered at Guy’s Pig & Anchor Bar-B-Que Smokehouse|Brewhouse, a new dining concept that combines the best of both worlds – an onboard brewery and a full-service restaurant featuring “real deal” BBQ favorites and sides developed by Food Network star Guy Fieri, a member of the American Royal National Barbecue Hall of Fame.

The announcement was made by Presby and Carnival Vice President of Beverage Operations Edward Allen at a traditional keg-tapping ceremony held aboard Carnival Vista, the first North American-based cruise ship to feature an onboard brewery.

The names of the beers – whose names are playful takes on the line’s popular ThirstyFrog brews that debuted on Carnival Vista – are inspired by the varied barbecue offerings at Smokehouse|Brewhouse.  The four new beers on Carnival Horizon include:

“Smokehouse|Brewhouse is a unique culinary concept and we’ve created four fantastic brewed-on-board craft beers that not only showcase different tastes and brewing styles but also serve as the ideal accompaniment to the venue’s delicious array of barbecue offerings,” said Presby.

The brewery takes center stage at Smokehouse|Brewhouse, which, in addition to delicious craft beers and custom cocktails, will offer a rustic, down-home décor as well as a variety of Fieri-designed favorites, all smoked “low and slow” using the chef’s signature rubs and spices.  The tantalizing offerings include smoked-on-board brisket, Memphis-style back ribs, dry-rubbed chicken, pulled pork, and cedar-smoked salmon, along with the chef’s own take on traditional sides and his signature sauces.  Dinner menu items are offered on an a la carte basis with a free-of-charge self-service BBQ lunch buffet available on embarkation day and sea days.

Other features include the groundbreaking bike-ride-in-the-sky attraction called SkyRide, an IMAX Theatre, and the first Dr. Seuss-themed water park at sea. A wide range of accommodations – from spa cabins with exclusive privileges at the luxurious Cloud 9 Spa, extra-roomy staterooms in Family Harbor to tropics-inspired Havana staterooms and suites with exclusive daytime access to a Cuban-themed bar and pool – will also be offered.